The Rio Grande Valley and the 86th Legislature 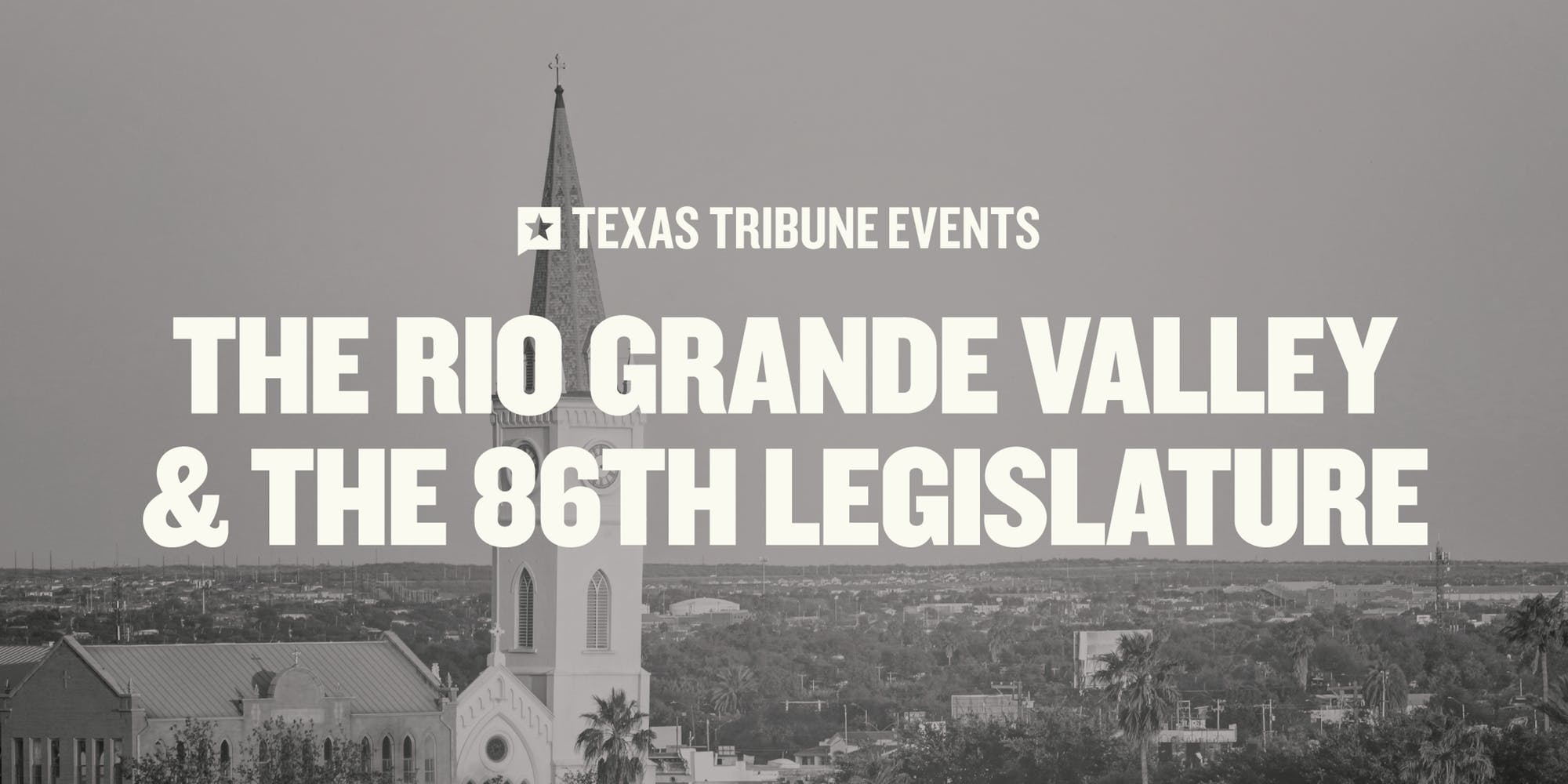 The Texas Tribune is touring the state with a series of post-session events recapping the major policy debates of the 86th Texas Legislature and what they mean for Texas’ largest cities and surrounding communities.

Join us in person or on our live stream for a conversation about health care, public education, taxes, immigration, spending and other consequential matters with Rio Grande Valley-area legislators, including state Sen. Chuy Hinojosa, state Rep. Oscar Longoria, and others to be added shortly. The conversation will be moderated by Evan Smith, co-founder, and CEO of The Texas Tribune.

Chuy Hinojosa, D-McAllen, has represented Senate District 20 since 2003. He serves as vice chair of the Senate Finance Committee and sits on the Agriculture, Natural Resources and Economic Development, Property Tax, and Transportation committees. Previously, Hinojosa served in the Texas House and in the U.S. Marine Corps during the Vietnam War.

Oscar Longoria, D-Mission, has represented House District 35 since 2013. He serves as vice chair of the House Appropriations Committee and sits on the Calendars, Pensions, and Investments and Financial Services committees. Previously, he served as a board member for the Agua Special Utility District and as a trustee for South Texas College. Longoria also owns and operates the Law Office of Oscar Longoria.

The Texas Tribune is a nonpartisan, nonprofit media organization that informs Texans — and engages with them — about public policy, politics, government, and statewide issues. Learn more and become a member at texastribune.org.

This series of events is presented by Blue Cross and Blue Shield of Texas. This event is supported by Methodist Healthcare Ministries of South Texas and hosted by Doctor’s Hospital at Renaissance. Foundation support is provided by the Texas Rural Funders Collaborative and the T.L.L. Temple Foundation.

Though donors and corporate sponsors underwrite The Texas Tribune events, they play no role in determining the content, panelists or line of questioning.