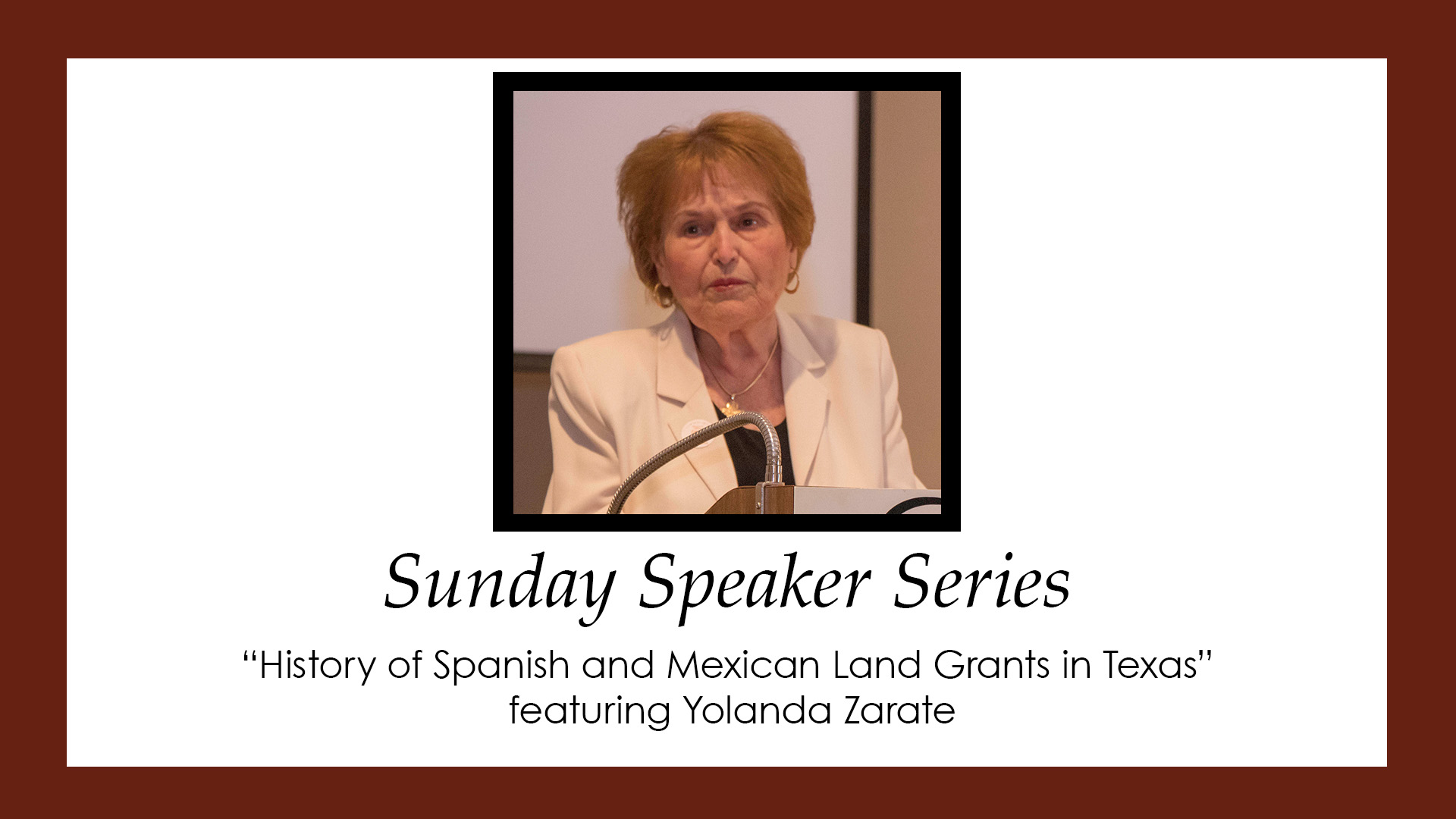 The Treaty of Guadalupe Hidalgo signaled the end of the Mexican War in 1848, settling the Rio Grande—not the Nueces River—as a boundary between Mexico and Texas. The events leading up to establishing the validity of existing land grants will be discussed by Yolanda Zarate, a local researcher, who will present “History of Spanish and Mexican Land Grants in Texas.”

According the Texas State Historical Handbook, “As a provision of the Treaty of Guadalupe Hidalgo, which ended the boundary dispute with Mexico, the new state of Texas officially recognized the land grants made under Spanish and Mexican rule as valid.” In order to validate the land grants, then-Texas governor Peter H. Bell requested William H. Bourland and James B. Miller to verify all the land grants in South Texas. After all the findings were complete, “Miller decided to make the voyage from Port Isabel to Galveston on the steamer Anson before going overland to Austin. Two days out, the Anson sank fifteen miles from Matagorda. Miller lost his trunk, the original titles, and about $800 in fees from claimants.” As a result, the Bourland-Miller Commission repeated all its work. The result met with skepticism among many Mexican and Tejanos who owned land in South Texas.

Zarate, a registered nurse by profession, is currently a researcher of the history of the Spanish and Mexican Land Grants in Texas.

Sunday Speaker Series is included in the fee for regular museum admission. FRIENDS of the Museum are admitted free as a benefit of FRIENDship.

This program is made possible with generous support from the Carmen C. Guerra Endowment. Mrs. Guerra was deeply committed to supporting educational opportunities in the Rio Grande Valley. This named endowment was created at the museum by her family to honor her memory and to continue her commitment to providing opportunities for education to the community