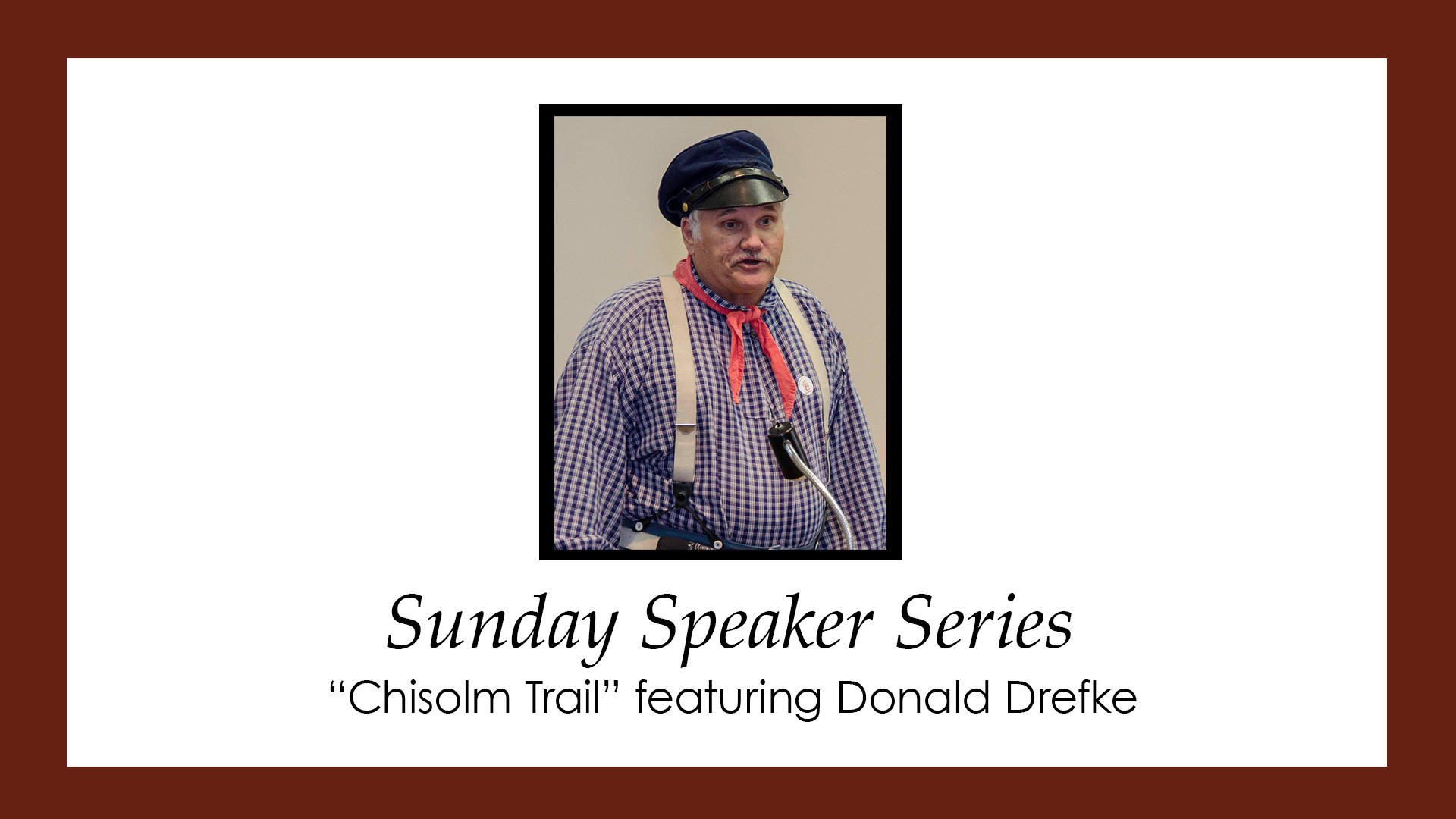 According to the Texas Historical Commission guide on the Chisholm Trail, “[h]istorians have long debated aspects of the Chisholm Trail’s history, including the exact route and even its name. Although they may argue over specifics, most would agree that the decades of the cattle drives were among the most colorful periods of Texas history.” Listen to the stories and history of this trail from Donald Drefke during his Sunday Speaker Series presentation, “Chisholm Trail,” Sunday, Jan. 27, at 2 p.m. at the Museum of South Texas History.

“After the Civil War, Texas cattle trailed north for 20 years in the greatest migration of domestic animals in the history of the world,” explains Drefke, a Valley native. “The Texas Cowboy, the best recognized character from American history, evolved to herd this migration up the several cattle trails. South Texas played a pivotal role in this event.” Drefke will explain the importance of cattle migration and its influence on South Texas ranching.

Drefke is a self-proclaimed “history buff” and has been demonstrating his knowledge while serving as a volunteer at Palo Alto Battlefield. For 18 years, Drefke set up Indian camps, including an 18-foot tipi, at Boy Scout camp. For 25 years, Drefke has participated in the powwows coordinated by members of the local Lipan Apache band. In 1971, Drefke displayed a collection of Indian items in the 1910 Jail exhibit space at the Museum of South Texas History. He is also a consistent demonstrator at museum special events. Drefke is currently a CPA in McAllen.

Sunday Speaker Series is included in the fee for regular museum admission. FRIENDS of the MOSTHistory are admitted free as a benefit of FRIENDship and must present their FRIENDship card at the Admissions Desk.

This program is made possible with generous support from the Carmen C. Guerra Endowment. Mrs. Guerra was deeply committed to supporting educational opportunities in the Rio Grande Valley. This named endowment was created at the museum by her family to honor her memory and to continue her commitment to providing opportunities for education to the community.