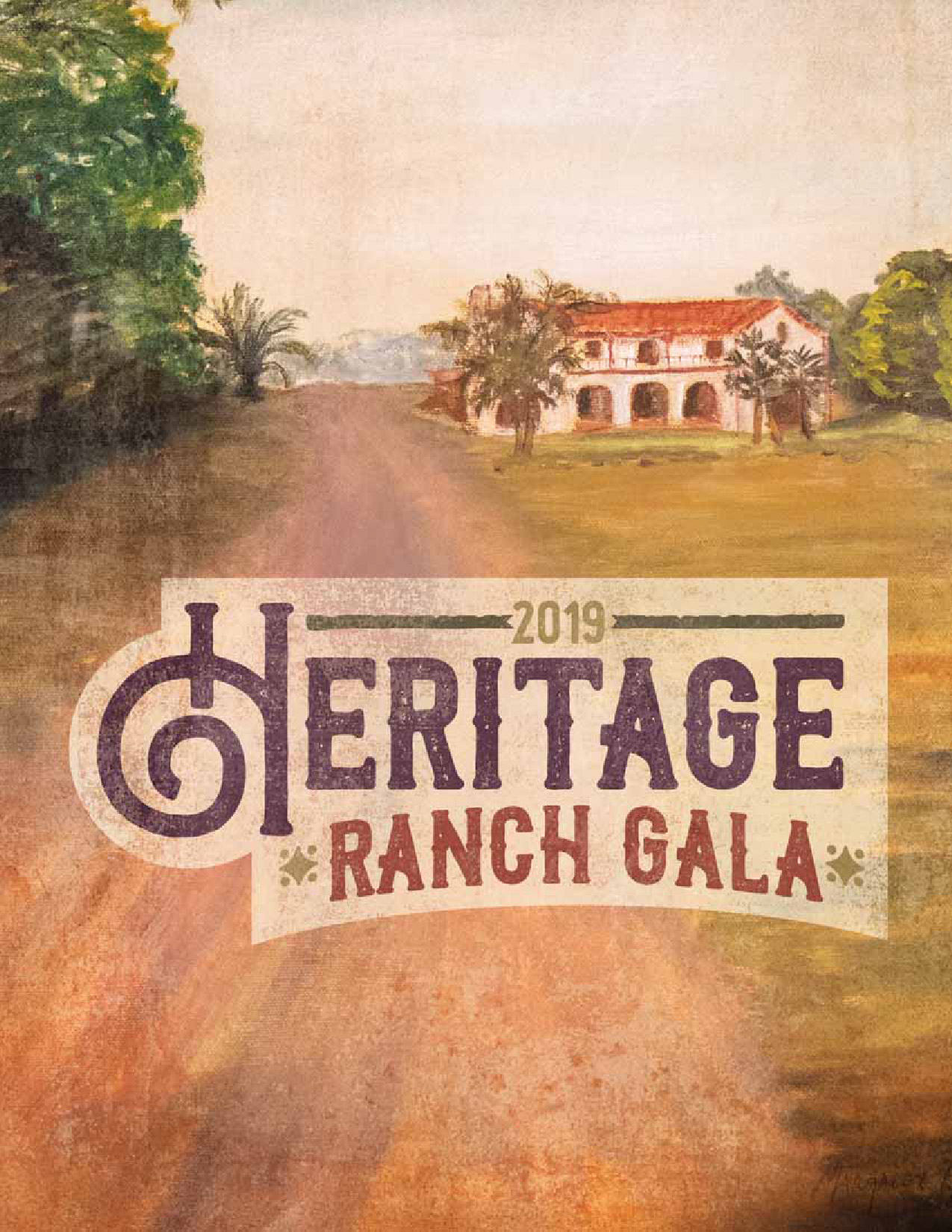 The Board of Trustees of the Museum of South Texas History proudly announces Skipper Ranch as the site for the 2019 Heritage Ranch Gala. They are grateful to Skipper Ranch owners Mike and Angela Farias for opening their ranch to the museum and its guests for one special evening. All look forward to welcoming guests with advance reservations on Saturday, March 23, at 6:30 p.m.

An up-scale version of a traditional ranch celebration, the Gala is inspired by a time and setting when neighbors came from far and wide to gather around theirs host’s headquarters or main house to commemorate a special occasion by sharing food, enjoying music and engaging in lively conversation.  This event not only honors the past, it also honors those who help preserve it annually—Heritage Associate FRIENDS. Since 1984, the Heritage Ranch Gala has been held at different ranches in Hidalgo, Starr, Willacy, Cameron and Kenedy Counties. This will be the first in Brooks County.

Guests will not find auctions or raffles at this event. But, instead they can enjoy a historic house tour, cocktails and appetizers lakeside, gourmet “grazing” in the meadow, live music, and dancing under the stars. Advance reservations are now available for current FRIENDS of MOSTHistory for $175 per person or $200 for new FRIENDS (includes a Dual FRIENDship, good for one year). Skipper Ranch can trace its roots back to La Encantada Land Grant when, in 1834, the Mexican government awarded 22,400 acres of land to Jose Manuel de Chapa of Camargo, Mexico. In Chapa’s own words, he sold the grant in 1837 to Antonio Martinez of Matamoros due to “damages done by daily incursions of savage tribes.” Martinez then sold to French Strother, a Matamoros merchant, who soon sold to Frederick Belden in 1838. Belden was part of a prestigious Matamoros family who played a role in developing the town site of Brownsville. Moving to Corpus Christi, Belden sold to Gregorio Villarreal in 1872.

Jumping forward to 1936, B. A. Skipper Sr. of Longview, Texas purchased 9,500 acres from G. R. and Lois Scott of the Scott & Hopper Cattle Company and named his South Texas hunting retreat Skipper Ranch.  Barney Skipper was dubbed “the Longview Oil Prophet” by the press as he was a driving force behind the discovery of oil in Gregg County in East Texas. He was steadfast in his belief there was oil there based on consistently seeing oily water in a lake. He ultimately secured investors who brought in the F. K. Lathrop A-1 well. In 1930, two other wells had gushed “black gold” within 10-15 miles from the Lathrop well. Not thought to be linked at first, it was later discovered that all three wells were from one gigantic oil field—the East Texas Oil Field—the largest in the world at that time! With his sudden wealth, Skipper could well afford his South Texas retreat at a time when most of the country was still foundering in the Great Depression.

In 1940, the ranch was deeded to his son B. A. Skipper Jr. Among several other businesses and past times, Skipper Jr. was a judge and exhibitor of horses. Perhaps the most famous resident at Skipper Ranch was his quarter horse, Poco Lena. This mare was a national champion and a favorite among horse enthusiasts during the 1950s and early 1960s. She was the first horse to be inducted into the National Cutting Horse Association Hall of Fame and the first mare to be inducted into the American Quarter Horse Association Hall of Fame. Returning to Texas from a competition in Arizona, Poco Lena traveled by trailer while Skipper Jr. piloted his own plane. Both met with tragedy. Skipper Jr. crashed his plane and was killed while Poco Lena was left in a horse trailer alongside the road for four days without food or water. She lived a few more years and produced two foals, but remained severely crippled the rest of her life. There was a ballad written and video made about her that Gala guests can watch during the house tour.

Reservations can be made by calling Assistant Development Officer Cedar Teal at 383-6911 and should be made by March 15. The donation portion of reservation sales will help support the preservation and education programs and events at the Museum of South Texas History.

Directions
7120 S Highway 281, Encino.
From Edinburg, head north on I-69C (281) and travel approximately 45 miles. The ranch is located on the west side of the highway just past the overpass at Rachal. Watch for the Heritage Ranch Gala signs and be prepared to turn left.