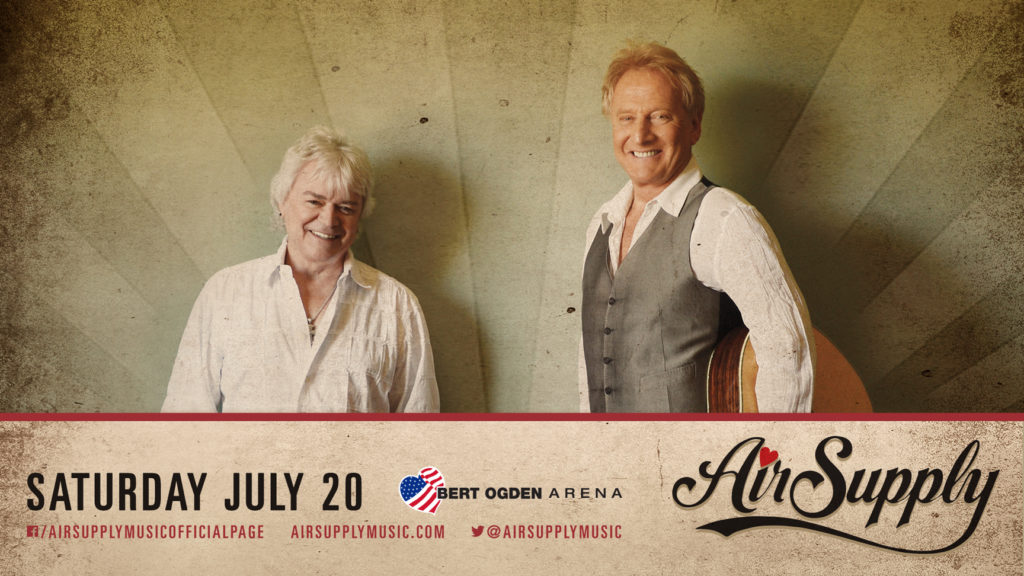 Air Supply is a soft rock duo, consisting of English singer-songwriter and guitarist, Graham Russell, and Australian lead vocalist, Russell Hitchcock. They had a succession of hits worldwide, including eight Top Ten hits in the United States, in the early 1980s. Their album Lost in Love contained three US Top 5 Singles, including “Every Woman in the World” and “All Out of Love”. They formed in Australia in 1975 and have included various accompanying musicians and singers. Don’t miss Air Supply live at Bert Ogden Arena on Saturday, July 20!